Stacy Jewell, writer, director, and producer of the award winning play 7 Layers Captive which premiered at the Kennedy Center, was born in California and raised in Washington, D.C. At age 19 she was abducted and forced into the dark world of sex trafficking. After being held captive for almost two years, she was liberated from the violence and the physiological abuse of the sex industry. Presently, she is an internationally recognized survivor leader in the human trafficking movement and was honored at the Justice for Victims of Trafficking Press Conference by the Honorable, Senators Chuck Schumer and Patrick Leahy. As founder of the Whoisstolen Creative Arts Troupe and Media Group, Stacy knows all too well that words have the power to uplift or tear down the soul. Her compelling dramatizations have helped organizations such as The National Center of Missing and Exploited Children, both FBI and state level human trafficking task forces, and have been featured at several High Schools and Universities worldwide. Stacy Jewell has dedicated her life to using the performing arts for community outreach and advocacy mobilization on behalf of the victims of sex trafficking from around the world. As she often states, “entertainment and media are powerful forms in creating public awareness,” and she believes that helping survivors & advocates find their voice through creative expression is vital to the movement of ending modern day slavery. To book Stacy as a speaker or read more about her, go to Stacy's main page.
by Stacy Jewell | March 6, 2017 · 7:02 pm

SPEAK YOUR TRUTH: Stacy Jewell live from The Women’s March On Los Angeles 01/2017

“You know, I don’t think words can describe exactly what it felt like, walking into the Kennedy Center,” Lewis said.

Yes, Stacy Lewis’ journey is now going to shine bright under the lights of the Kennedy Center stage. She says her story is her salvation.

Stacy Jewell Lewis is proud to announce that her play “7 Layers Captive” will be featured at THE KENNEDY CENTER in Washington, DC. October 10th, 2015 @7pm!
CLICK HERE TO FIND OUT MORE!!!! 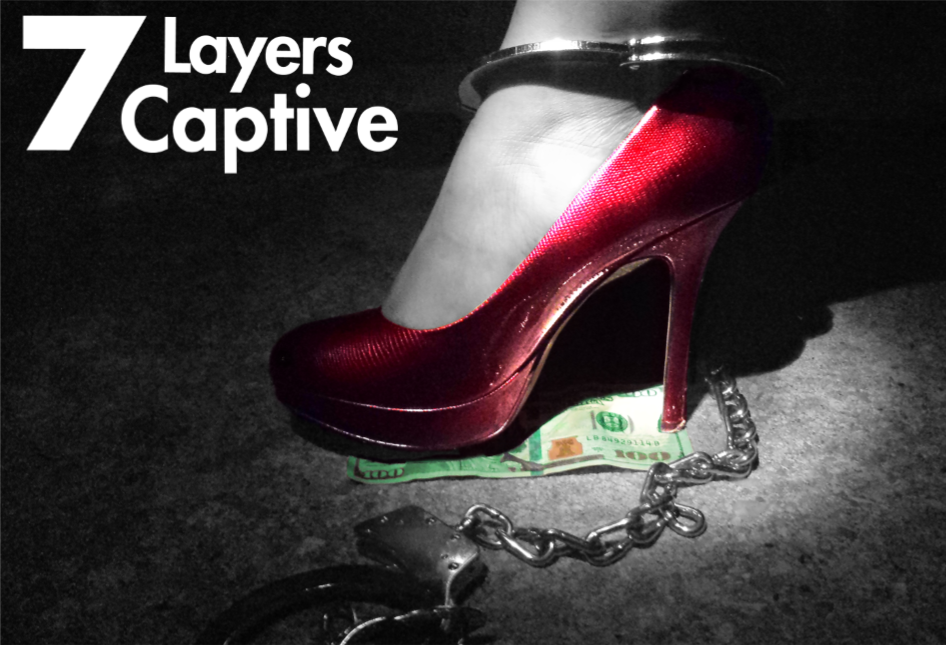 Senator Schumer and Senator Leahy held a press conference on April 16th at the Nations Capital to address the JVTA controversy.

“Are sex-trafficking victims not walking rape victims? Haven’t they already been humiliated enough? If they are identified as victims of sex trafficking, you know they have been raped. So this language is an insult to every victim of sex trafficking.”

Watch Stacy’s powerful address to her community where she was abducted!

The DC Black Theatre Festival this year offered some 45 self-produced shows, most one time only. Organized annually by the DC Drama Department, a nonprofit educational theater company, the festival featured performances in four categories: drama, deaf artists, family, and inspirational. I have sampled and reported on a few—but to fully appreciate the festival’s unique range of programming, see the complete schedule online.

“A prostituted child doesn’t know who will exploit her next. But she doesn’t have to go very far,” read an ad that appeared on Metro platforms about a year ago. It was sponsored by Shared Hope International, a faith-based nonprofit whose cause is sex trafficking.

I remember puzzling over the cryptic diagram, surprised that an ad on this topic was running in Washington, DC. Like most people, I harbored a notion that sex trafficking of minors happens far away in other countries, not right here. So seeing Stacy Jewell Lewis‘ powerful new play in this year’s Black Theatre Festival,7 Layers Captive, was an unforgettable eye-opener.

Written, produced, directed, and performed by Lewis, 7 Layers Captive recounts Lewis’ own real story of being abducted into sex trafficking.

At the age of 19, when Lewis was on her way to her home in the Capital Hill neighborhood where she lived with her newborn and the boy’s father, her bus arrived early and she missed it. It was past 9:30. Not wanting to wait an hour for another, she accepted a ride offered by a frail-looking grandfather sort, whom she figured she could clock if there was trouble. Unknown to her, he was in cahoots with a pistol-packing pimp who for weeks had been observing the patterns of her life and the people closest to her. She was driven to New York City, where the pimp seasoned her, threatening to kill her baby if she escaped, then put to work on the streets. He made her call him Daddy and episodically beat her, making sure not to bruise her face so she could keep bringing him money. Some of the other girls in his stable were as young as 12.

Breathtakingly gripping and narratively harrowing, 7 Layers Captive is a tour de force of truth-telling. Lewis’ script is itself a work of poetry. Line after line went by that resonated exquisitely with perception and distilled emotion. Lewis’ artfully measured delivery seemed to leave moments around the rich language for it to register. Still the gifted writing made me mentally want to push pause to relish it.

Lewis is a disarming and engaging performer. She alone speaks during the play (D’Anche silently portrays Lewis’ younger self during the seasoning scene; Nate Jewell stands in silently for the menacing pimp).  She tells her horrific story not with the agony and grim suffering one might expect but with a striking inner composure and a surprising smile on her lips. It’s as if, though she is recalling explicitly all the torments she went through, she has survived and, now more than ten years after, has arrived whole at a healed place from which she feels empowered to share her whole truth. Not because she wants our pity but because she deeply really wants us to understand what her story means.

Walter Cavanaugh and Chris Barz (aka) X||Z have produced original music and a sound design that eloquently amplifies Lewis’ riveting descent into a cacophonous dark world and ultimate ascent into harmony and light. The disturbing end of Act One is expressed viscerally by their sound track during an extended hallucinatory passage in which Lewis is drugged by her pimp into numbness, her face vacant, her voice silent. The effect is stunning.

Lewis enters in Act Two costumed like a 19th-century madam and delivers one of the most amazingly multilayered monologues I’ve ever heard on stage. Smiling all the while, she teases us with sexual-temptress cliches, simultaneously explicating the history of women in prostitution in America. This is who you see when you look at such a woman, Lewis seems to be saying; this is what’s really going on inside her body and soul because this is what has happened to her.

7 Layers Captive ends on an uplifting note as Lewis tells of the personal redemption that graced her by faith. Whether or not one leaves the theater believing what Lewis believes, one truly believes her belief. And one cannot but feel awe and reverence at the magnificent veracity in the performance she has shared.

Filed under Sex Slavery, US Trafficking

In this mesmerizing performance Stacy Jewell Lewis captivates the soul with her compelling true story of her abduction into the world of street prostitution in Washington, DC. From teen victim to her transformation into the notorious “bottom girl” female recruiter.

Using the power of her real life experience, moving spoken word and stunning visuals, Stacy illuminates the stage taking you on an emotional journey from tragedy to triumph.

Stacy Jewell Lewis presents “7 Layers Captive” a play which depicts her real life story as a sex slave in America. Her riveting one woman performance has left audiences breathless as she captivates the soul through music, poetry and dynamic storytelling.